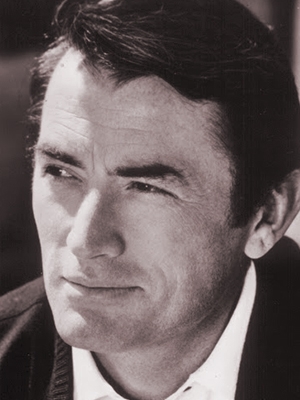 After graduating from the Neighborhood Playhouse School of the Theatre, legendary actor Gregory Peck debuted on the stage in The Morning Star in 1942. Stardom came with his next film, The Keys of the Kingdom which earned him his first Academy Award nomination. From there, his film career took off with roles in Alfred Hitchcock’s Spellbound and The Yearling for which he was nominated for another Academy Award and won the Golden Globe. He was nominated again for the Oscar for his roles in Gentleman’s Agreement and Twelve O’Clock High. With a long list of hit movies to his credit, Mr. Peck made the decision to only work in films that spoke to him. He continued to appear as the heroic, larger-than-life figures in such films as Captain Horatio Hornblower R.N. and Moby Dick. He also worked with Audrey Hepburn in her debut film, Roman Holiday. Mr. Peck won the Oscar, after four nominations, for his performance as Atticus Finch in To Kill a Mockingbird in 1962 in which he starred alongside fellow Playhouse graduate Robert Duvall.