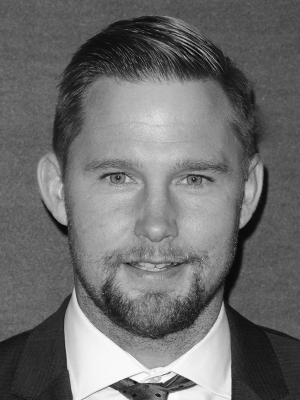 Originally from Jersey, Brian Geraghty graduated from The Neighborhood Playhouse School of Theatre and then began his professional career in New York City before moving to Los Angeles. He has previously enjoyed being a surf instructor and continues to surf in his free time. Among his numerous roles in film  and television are stand-out performances in such productions as Flight, True Blood, Boardwalk Empire, Ray Donovan, Chicago Fire, and Chicago P.D. Brian Geraghty's appearence as Specialest Owen Eldridge in the 2008 Academy Award winning film The Hurt Locker is perhaps his most critcally aclaimed project to date. Presently Brian Geraghty can be seen on TNT’s drama The Alienist as Theodore Roosevelt.