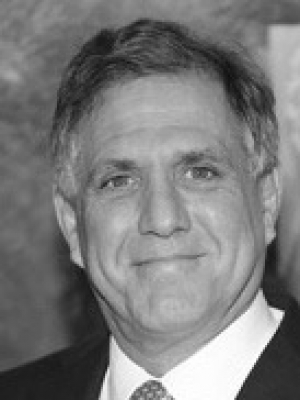 Leslie Moonves is the Chairman, President and Chief Executive Officer of CBS Corporation and a 1973 Graduate of The Neighborhood Playhouse School of the Theatre. CBS Corporation is one of the world's leading media enterprises. In his role as President and Chief Executive Officer, Leslie Moonves oversees all operations of the Company, including the CBS Television Network, The CW, CBS Television Studios, CBS Global Distribution Group, CBS Consumer Products, CBS Home Entertainment, CBS Films, CBS Interactive, Showtime Networks, CBS Sports Network, TVGN, Smithsonian Networks, Simon & Schuster, CBS Television Stations, CBS Radio and CBS EcoMedia. Moonves came to CBS in 1995 as President of Entertainment, after serving as president of Warner Bros. Television, where his team developed hit shows like Friends and ER. Once at CBS, Moonves and his team took the Network from last to first place in the ratings, launching hit shows like Everybody Loves Raymond, Survivor, and CSI: Crime Scene Investigation. Moonves was promoted to President and CEO of CBS Television in 1998 and became Chairman in 2003. He was later named Co-President and Co-Chief Operating Officer of Viacom and Chairman of CBS in 2004, overseeing domestic and international broadcast television operations as well as its radio division and outdoor advertising operations. In 2006, when Viacom split its businesses into two publicly traded companies, Moonves was named President and CEO of the newly formed CBS Corporation, which has since been one of the best-performing companies in media. Under Moonves’ direction, the CBS Television Network has been #1 in viewers for 11 of the last 12 years, and currently has television's #1 drama: NCIS; television’s #1 comedy: The Big Bang Theory; television’s #1 news program: 60 Minutes; as well as time period-leading shows on virtually every night of the week. At the same time, the Company’s premium cable service, Showtime Networks, has generated millions of new subscribers on the heels of its successful owned series, such as Ray Donovan, House of Lies, Dexter and Penny Dreadful, as well as the critically acclaimed, Emmy- and Golden-Globe-Award-winning series Homeland. By distinguishing CBS as a producer and seller of world-class content across all mediums, Moonves has helped CBS Corporation grow in value, revenue and market share while identifying and developing key new revenue streams for future growth.

"Attending The Neighborhood Playhouse was one of the most extraordinary experiences of my entire life. The training I received there not only helped me in my very early acting days, but frankly, has helped me with every part of my career. The lessons I learned involved the ability to not only perform but also to recognize great acting and great creative projects. It has helped me often in selecting actors and, in fact, scripts to turn in to television shows." ~ Leslie Moonves