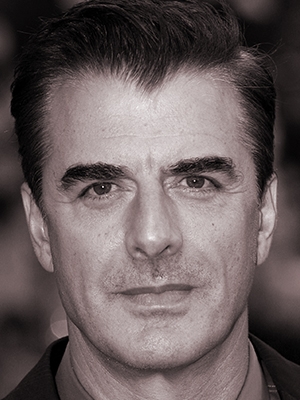 Chris Noth studied with Sanford Meisner at the Neighborhood Playhouse before going on to The Yale School of Drama. He is perhaps best known for his longstanding television role as Detective Mike Logan on Law & Order and for his Golden Globe nominated performance as Mr. Big on Sex and the City. Currently he can be seen on CBS’s The Good Wife as Peter Florrick opposite Julianna Margulies. Mr. Noth has been in a wide range of films including Cast Away, Double Whammy, Searching for Paradise, A Texas Funeral, Getting to Know You, The Broken Giant, Cold Around the Heart, Naked in New York, The Confession, and Mr. 3000. Mr. Noth received rave reviews in American Buffalo at the Berkshire Theatre Festival and enjoyed a successful Broadway run of the revival of Gore Vidal’s The Best Man.